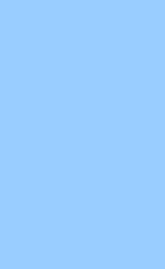 With Reference to the Negotiation on Development Cooperation between the African Union (AU) and the Government of the Federal Republic of Germany which took place in ADDIS ABABA, Ethiopia, on 18 November 2009, the Government of Germany pledges € 30 million support for African Union. The German delegation emphasized the pivotal role of the AU for the process of African integration and for Africa as a partner in the globalised world. Specifically, the German delegation lauded the AU Strategic Plan 2009-2012 and the significant progress the AU made in advancing the African political agenda, e.g. peace & security. Both parties shared the view that the voice of Africa should be more clearly audible in global fora. Both delegations agreed to focus cooperation on few selected areas of pan-African importance to maximize impact and visibility and to enhance aid effectiveness. The following priority areas of cooperation were agreed upon:

In the negotiations the German government committed additional funding amounting to € 30 million – i.e. USD 45 million – for the period of 2009/2010 for the cooperation with the AU and AU-Commission, thus duplicating previous levels of commitment. AU/German cooperation will be fully aligned to the new AU strategic objectives – Peace and Security, Shared Values, Development, Integration and Cooperation, and Institutional Transformation. AU/German Cooperation will focus on respective priority agendas, in particular the establishment of the African Peace and Security Architecture, the Sharm el Sheik Water agenda and the Charter for Democracy and Elections, amongst others. Special emphasis is put on regional infrastructure. Germany will contribute € 10 million to the Infrastructure Project Preparation Facility at the African Development Bank, which is preparing regional and pan-African AU priority infrastructure projects. The AU delegation was led by the Deputy Chairperson of the African Union Commission, H.E. Erastus Mwencha. The delegation of the Federal Republic of Germany was headed by Mr. Thomas Albert, Deputy Director General in the Federal Ministry for Economic Cooperation and Development together with the German Ambassador to the AU, Dr. Claas Knoop. For further information contact:

Addis Ababa, Ethiopia 13 November 2009 – The African Union (AU), the Intergovernmental Authority on Development (IGAD), the Economic Community of West African States (ECOWAS), the Kofi Annan International Peacekeeping Training Centre (KAIPTC), and the United Nations Economic Commission for Africa (UNECA) have signed an agreement with the Government of Denmark on the Africa Programme for Peace (APP). The signing ceremony, which took place under the framework of strengthening the African Peace and Security agenda, was held yesterday, Thursday 12 November 2009, at the AU Headquarters, in Addis Ababa. On the occasion of the signing ceremony, H.E Mr. Erastus Mwencha, Deputy Chairperson of the AU Commission, acknowledged the support of the Danish government and the importance of this agreement towards the implementation of peace and security in Africa as well as for institutional capacity building. Mr. Mwencha also mentioned the upcoming First AUC/ECA Strategic Partnership Forum, which is scheduled from 1-3 December 2009, at the AUC. “This forum will be used to evaluate Africa’s changing role in the light of emerging global trends and help redefine the quality of partnership between the AUC and its strategic and development partners” he added. On her part H.E Ulla Tornaes, Minister for Development Cooperation of the Government of Denmark, noted the encouraging reduction of armed conflicts in Africa over the past 10 years, She said that the basic institutions of the African Peace and Security Architecture are playing their role, adding however that they still need to be strengthened. “The new phase of Danish support in the field of Peace and Security in Africa is broader in scope as it also recognises the importance of strengthening of the democratic development and fighting corruption as conflict preventive measures” she underscored. Addressing the participants Mr. Abdoulie Janneh, Executive Secretary of UNECA, appreciated the ongoing support of the Danish Government and pledged to put more effort towards the implementation of the AU PSC agenda.

Science and Technology Education seems very Low in Ghana, expressed by the President of the federal Republic of Ghana.

Monday, 30 November 2009 10:25 President John Evans Atta-Mills has said the level of Science and Technology Education in the country is low despite the introduction of the subjects into the curricula of basic schools, under the Educational Reform of 1987, and the establishment of some resource centres at the senior high level. He identified the lack of well-equipped laboratories and workshops, inadequate qualified teachers, lack of incentives for teachers and the misconception that Science and Technology are difficult subjects as some of the challenges that need to be addressed to improve the situation. President Mills stated these in an address, read for him by Miss Elizabeth Amoah Tetteh, a Deputy Minister for Education, at the Centenary Anniversary Speech and Prize-Giving Day of the Ghana Secondary Technical School, (GSTS) at Takoradi in the Western Region at the weekend. The address was based on the anniversary theme: "100 Years of Science and Technology Education in Ghana - It's Impact and Challenges." The President said: "As a nation, we need more scientists, technologists, doctors, engineers, technicians, agricultural scientists to support our total national development." He commended GSTS for being a model of technical education, saying, "sThis is a tradition built by the past administrators and teachers of the school who inculcate the spirit of hard work in the students reminding them of the importance of staying focused on the purpose for being in school." He urged the students of the school to build on this enviable tradition that has earned the school its outstanding reputation by being disciplined and taking their academic work seriously. President Mills, therefore, appealed to parents to support their wards towards achieving academic success and attaining high moral values. Mr. Paul Evans Aidoo, the Regional Minister, whose address was read by his deputy, explained that Science, Technology and Mathematics Education (STME) Clinic for Girls was instituted as a project in 1987 with the main objective of bridging the gender gap that existed in the field of Science and Technology. He said the STME programme is an integral part of the wider national campaign aimed at developing and maintaining a Science and Technology culture among Ghanaians for national development. Mr. Thomas Mensah, headmaster of the school, appealed to the government to assist the school to expand its infrastructure as the student population has tripled since the school was established.

The Chairperson of the African Union Commission (AUC), Mr. Jean Ping, this morning, Friday 13 November 2009, received in audience a high level delegation of Chinese officials, in his office at the headquarters of the African Union in Addis Ababa, Ethiopia. The Chinese delegation was led by Mr. Shao Zhanwei, Special Adviser of the Governor of the Wenzhou Province. The officials held a working session with the AUC Chairperson in the presence, notably, of the Commissioner for Trade and Industry of the AU, Mrs. Elizabeth Tankeu. Une séance de travail conjointe a été organisée à cette occasion, en présence notamment de Mme Elizabeth Tankeu, Commissaire en charge du Commerce et de l’industrie. Discussions at the meeting centered on the need to reinforce cooperation ties between China and the African Union Commission, and how to improve the scope for partnership in the different areas of cooperation. The participation of the African Union Commission to the 2010 Shanghai exhibition was also discussed during the meeting.